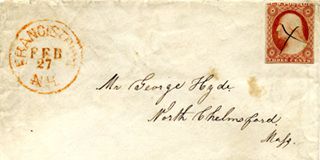 The purpose of the ‘Write a Letter to Yourself’ exercise is to write an essay to document the most important hopes, wishes, lessons and decisions of your personal retrospective. It’s a little bit like the final declaration.

Besides that, you do it create a continuity and strengthen the ritual of a personal retrospective.

In a personal retrospective, I think it’s very difficult to have this phases explicitly. The letter exercise helps me to work them out.

Some people asked me, if it isn’t weird to write a letter to yourself. I have to say: yes it is. But it’s an interesting experience and easily done. So you should try it at least once.

I did it first after a seminar in rhetorics about 12 years ago. For me, it was really helpful to get a fresh summary of my own lessons four weeks later. When Linda Rising mentioned an letter exercise during her SE Radio interview, I adopted it to be used for personal retrospectives.

To be honest, I haven’t used any other exercise to creating a final summary of my retrospective.  I can imagine people drawing a picture, creating a mind map or even writing a song about it. But other than that, I don’t know a real alternative which really helps to strengthen the Closing the Retrospective and Set the Stage phases as well as supporting the ritual of a personal retrospective.

Do you know or use any alternatives?